As we approach Year End we can reflect our performance throughout 2018. See below for our R2 STAR performances YTD:

Babu, Diane and Mike for Top FF Target GP activity in VEEVA. We are awaiting Mulu’s latest report, but by my calculations you three are achieving approx. 2 FF Target GP calls/day, excellent work!

Diane has our top Retail Pharmacy call rate at 4.5 Pharmacy/day closely followed by Mike and Sandra, both on 4.4 Pharmacy /day (against a National ave of 3.5/day) .

Mike and Babu are top for Optician Activity call rate, both on 3.5 Optician calls/day.

We also have several STARS going for Snr/Exec Promotions (Kirsty, Sandra, Sohail and Mike). Successful Promotions will be officially announced at our National Meeting in Jan, so I look forward to celebrating more R2 success then!

ABPI wise Adam is now fully passed, and Paul is not far behind him. It’s not easy to juggle the ‘day job’ and the learning, hats off to you both!

Other impressive performances are the ‘come back kids’. Those that have caught up from being behind with their KPIs. Awesome catch up against Target FF activity from Kirsty, Sandra and Zahid, great focus to claw back your deficit guys!

Adam and Paul, during your first full year on Territory as ‘Rookies’ you are both achieving every KPI YTD, impressive work!

So keep up the focus on those KPI’s until your December Annual Leave starts.

I thank you all for your Hard Work, Commitment, and Enthusiasm during 2018. Let’s do it all again, but even better in 2019!

'The Funniest thing Happened to me.....'

Moved into a new first floor flat last week, and the next morning went to the bathroom for a shower. Before I jumped in I realised I didn’t have my razor so headed back to my bedroom BUT the bathroom door was closed and wouldn’t open - the latch was stuck. Gave it a good yank but no joy.

Started with the handle end of a toothbrush to wedge it open. Poor choice. Bent.

Then found a nail clippers; that snapped.

Next Option? Shouted for help.

Lady in downstairs flat heard and I said I was locked in the bathroom. Maybe door would open from the outside. She came up and tried but no success. ‘I’ll go and grab a screw driver she shouted.’ Back she came but couldn’t unscrew handle.  I said, ‘I’ll tie two towels together and dangle them out the window and you can tie the screw driver to the towel!’ She said, ‘no, I’ll get a better screw driver.’

Off she went and I kept yanking the door, using the broken arm of the nail clippers to wedge the latch out of door frame. Bingo! I got it open, blood on my hand from the effort, and I was stood there with a towel around my waist as the lady from the flat below returned in her dressing gown!

‘Hi, my names Paul, your new neighbour.’  Off Sian went giggling, and clearly aroused by seeing me half naked. Jumped in the shower and when I got out I opened the window to allow steam out. Walked toward the door and oops, it had shut closed again because of the draft from the window. ‘Sian!’

I went to visit a friend’s house and during my visit I needed to visit the bathroom. As I sat there, contemplating life, one of my friend’s kids, about 6 years of age, who was running around the house stormed through the bathroom door, breaking the latch, only to land face to face with me in the bathroom.

A quick and embarrassing exit followed!

In this edition we hear from our very own Diane and Sohail. We also grill the lovely Narrinder!

What do you enjoy most about your job? What makes you think “That was a great day?”

Narrinder: When a client gives me positive feedback about team members and working closely together, when a client compliments the professionalism of the Endeavour team.

Sohail: What I love about this job is, that I can manage my own time, on my territory. It gives me an opportunity to build relationships with people who are, on the whole, really nice. I suppose I know when I’ve had a great day, when those relationships have shown signs of ‘blossoming and bearing fruit’.

It’s Friday afternoon, the sun’s out, you’ve smashed your call rate, what song do you play full blast on the way home!?

S: I think I’d probably play ELO’s ‘Hold on tight to your dreams’

You have a time machine, what date to you travel to and why?

S: I would travel back to 8th May, 2009; it’s one day before my Father passed away. I would tell him how much I loved him and thank him for everything that he did for me and my siblings during his life.

Who would be your dinner party guests, if you could have anyone, dead or alive, choose 3 and why?

Sir Winston Churchill – Every obstacle can be overcome.

George Best – I wish I could change his drinking when he was alive.

Finally my wife – So I don’t make a fool of myself….

Diane: Alan Turing - saved over 2 million lives and shortened the war by 2-4 years

Marie Curie - first woman to win a Nobel Prize and first and only woman to win twice, and died as a result of her pioneering work.

Jo Brand - because she's funny and would lighten the mood!

Sohail: Prophet Muhammad, peace and blessings be upon him- it would be the most amazing privilege to meet the person who has been, probably the greatest influence on me and my life.

My Mother- because I miss her.

The person who invented chocolate fudge cake- just to thank her/him and recognise them for the greatest dessert ever made.

You step out of your car and find a lottery ticket, you run the numbers and realise it’s a winning ticket worth 10 million – what would you do?

N: Silly question, it will never happen to me. I have to work hard for any money I have!!

D: Hand it in because I think it's traceable and I'm too much of a coward!

S: I’d pay off my mortgage, buy a couple of properties in London, live off the rental income and do philanthropic work whilst travelling to distant lands.

If you could be any animal what would you be and why?

S: I would like to be an eagle- the ability to fly, effortlessly, at will-WOW!!

What’s the funniest thing that’s happened to you lately?

N: Ending up in a Guitar shaped pool, in water fully clothed in winter, ask me to explain at the National Meeting in January.

Tell us something about you most people wouldn’t know.

N: Wow, again one for the national meeting....

D: My cat Bagpuss lived to the grand old age of 23 (human) years!

S: I used to be the Headteacher and proprietor of a school for young people aged 14 to 16. These kids in my school had been excluded from mainstream schools because of behaviour problems. It was quite stressful at times, but overall very rewarding. I ran the school between Sep 2008 and Oct 2014

Tell us your favourite Joke?

D: What do you get when you have an agnostic, dyslexic insomniac?

Someone who spends all night wondering whether or not there is a DOG!

S: Once there was a family who was given some venison by a friend. The wife cooked up the deer steaks and served it to the husband and children.

The husband thought it would be fun to have the children guess what it was that they were eating.

"Is is beef?" Their daughter Mandy asked.

"Is it pork?" their son Jimmy asked.

“we give up, we don't know, Dad!" Jimmy exclaimed.

"I'll give you a clue," the Dad said, "It's what your mom sometimes calls me."

A wonderful day was spent together at Stapleford Park recently - we were sad to not have Mike with us on the day, but delighted to welcome Babu back. The setting was wonderful I'm sure you will all agree - sadly traffic delays and weather didn't enable us to explore as much as we might have liked, but the hotel setting itself made up for it! 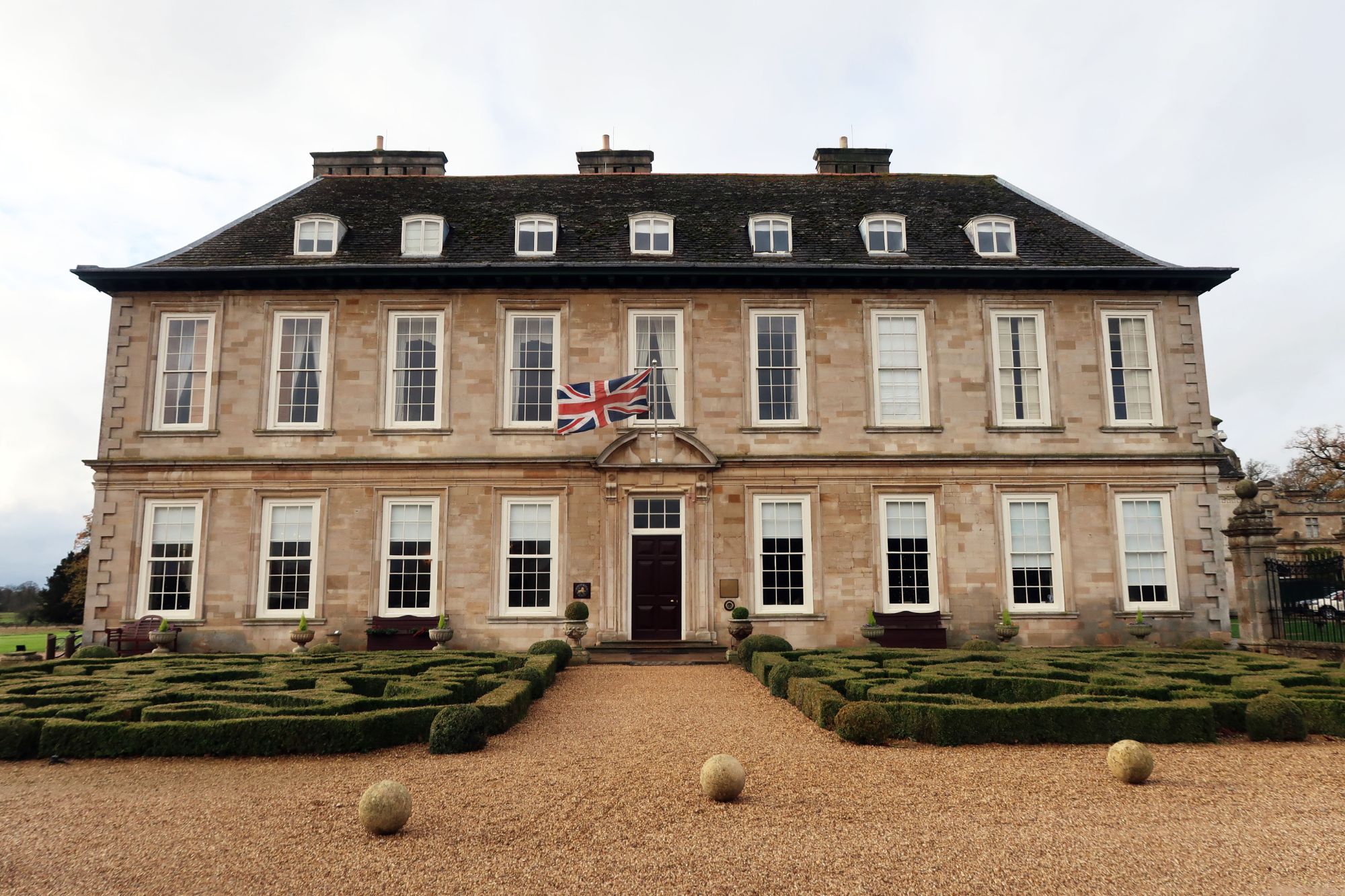 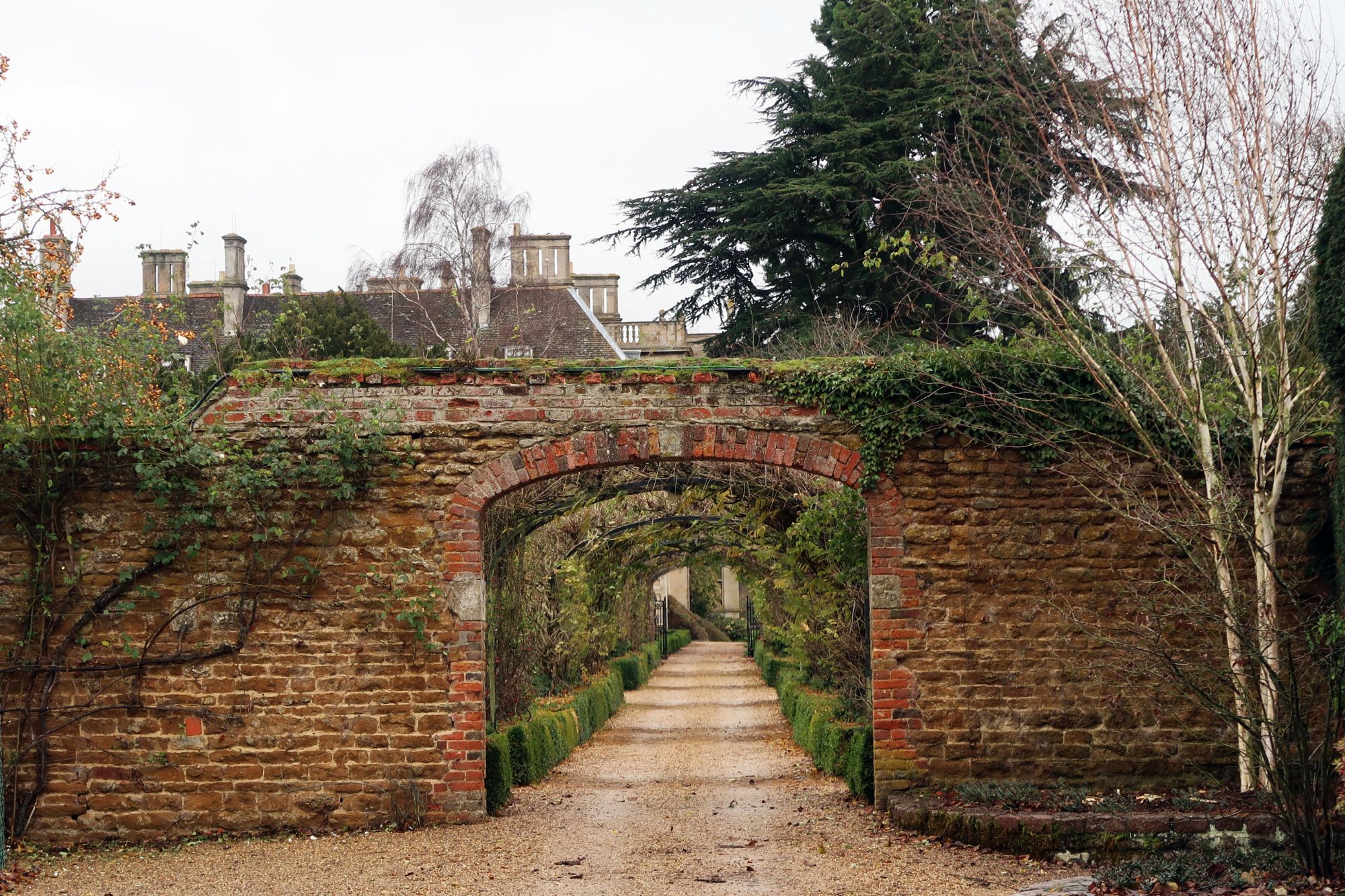 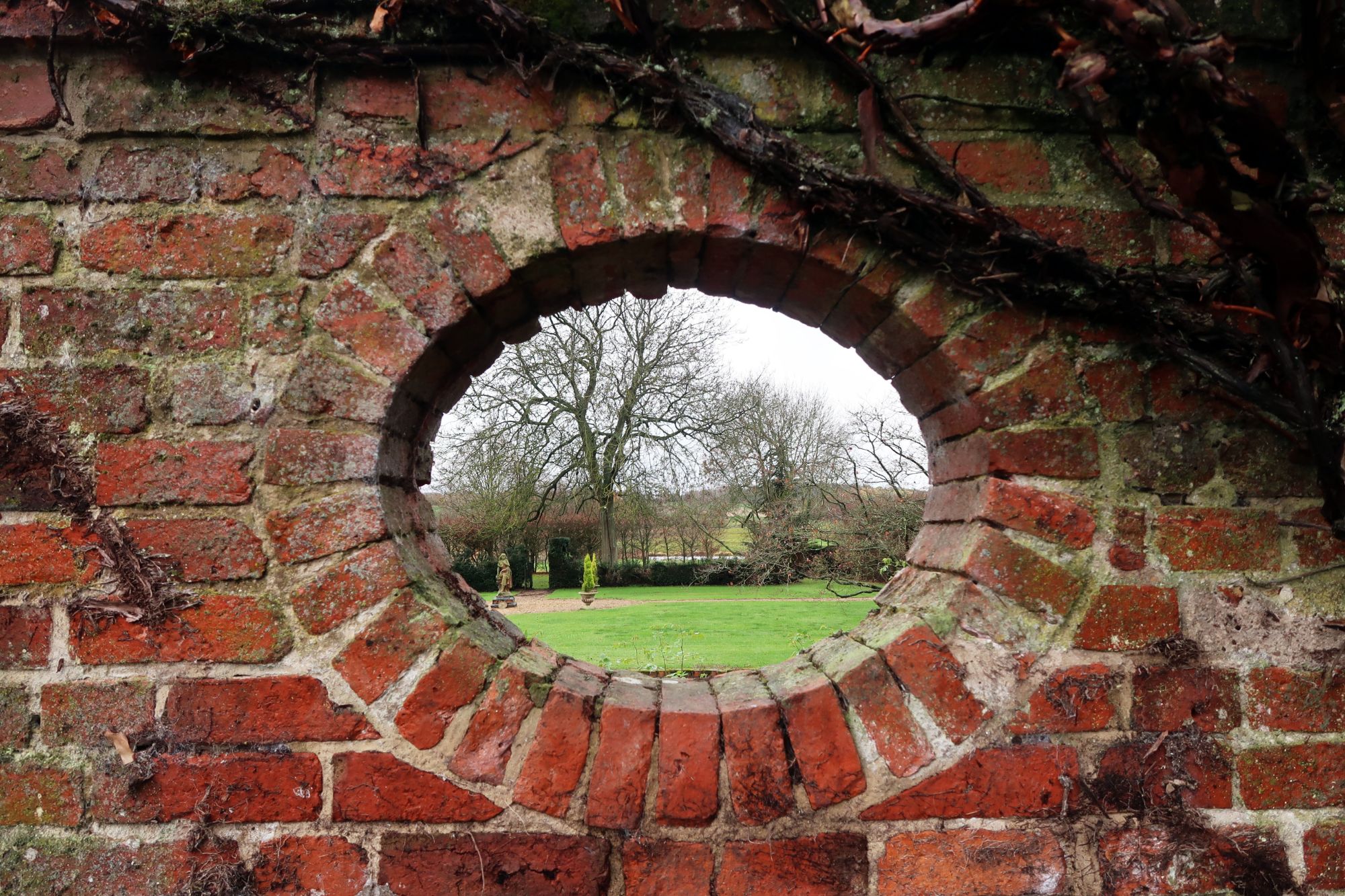 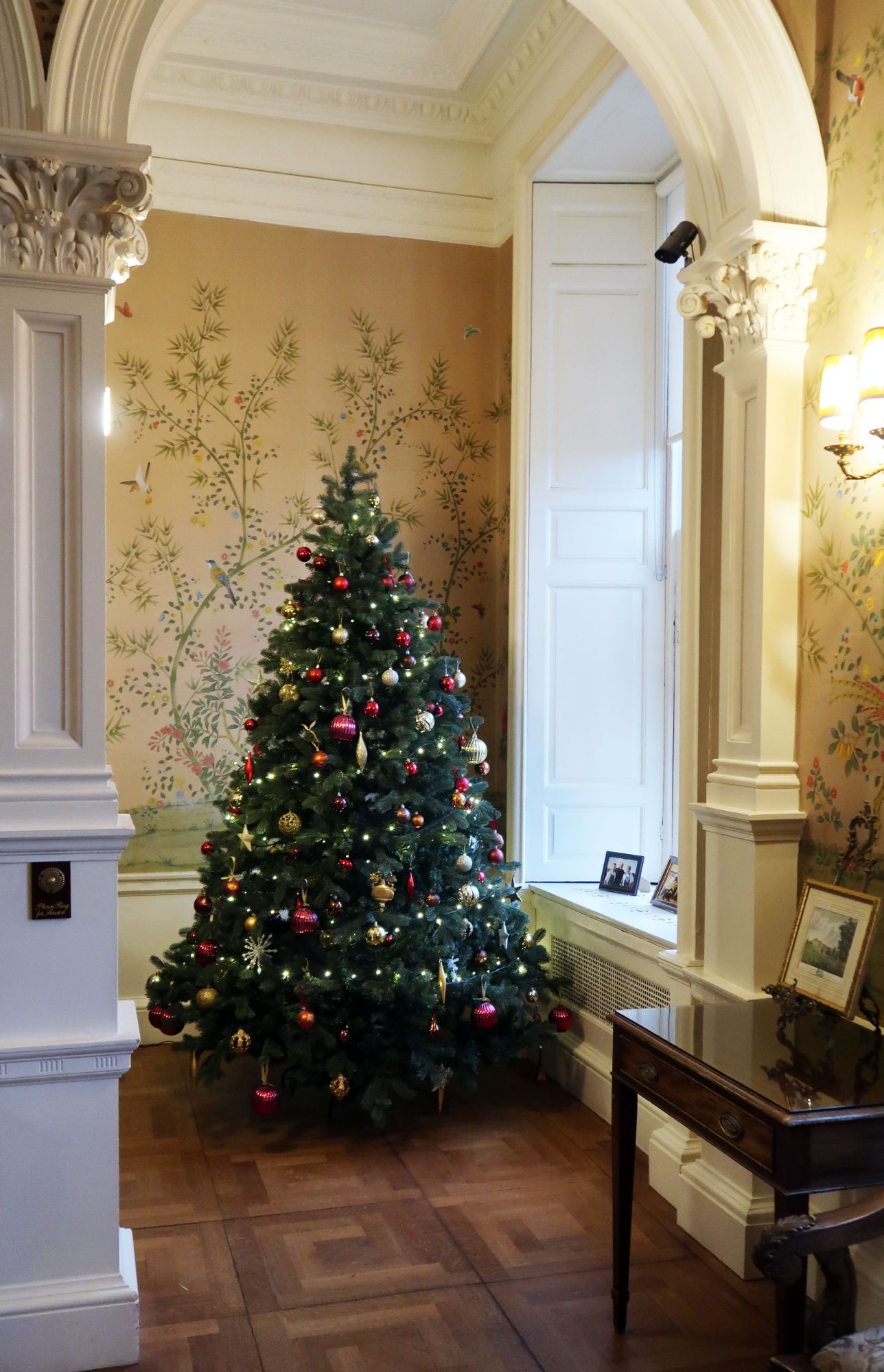 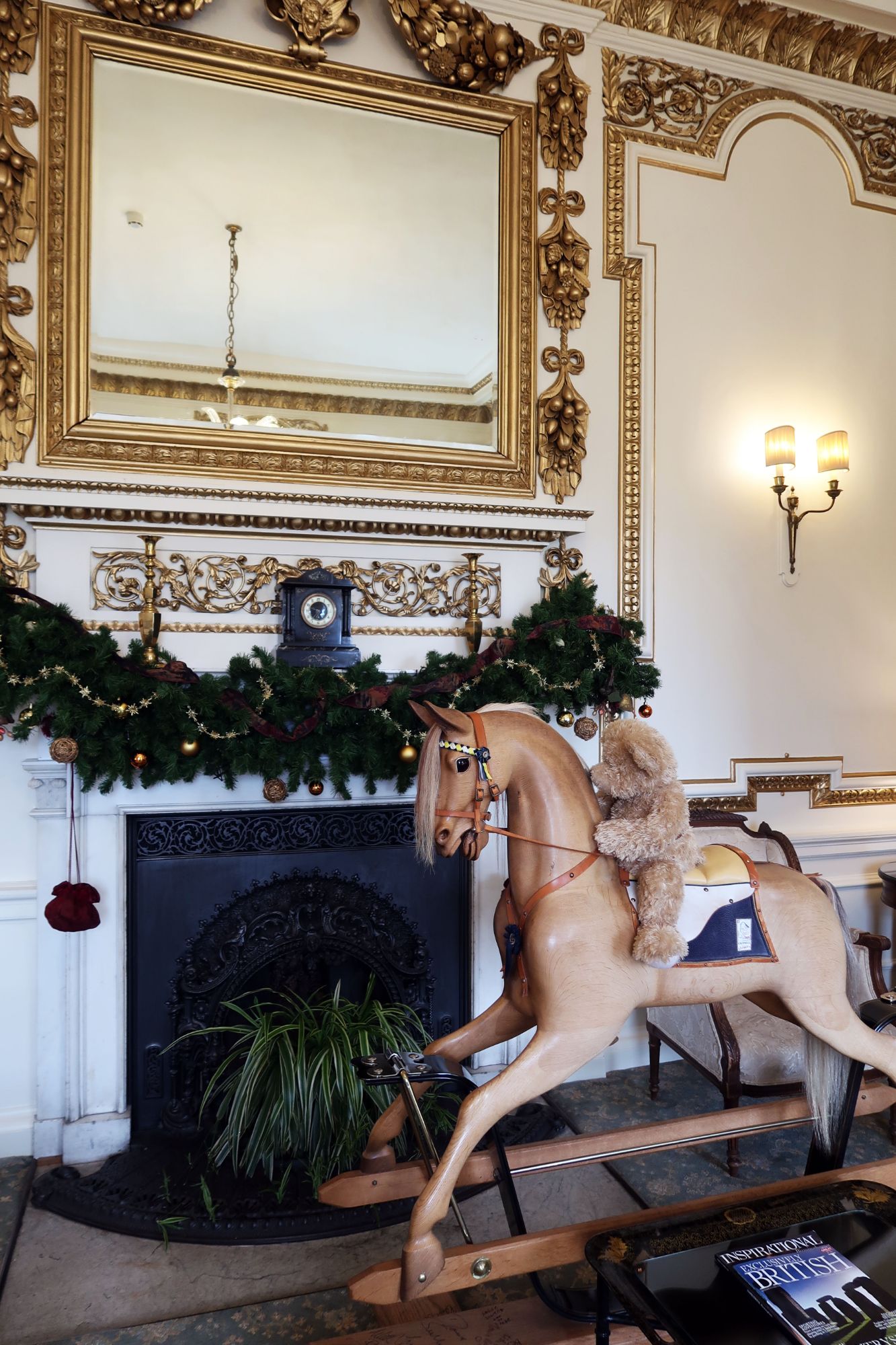 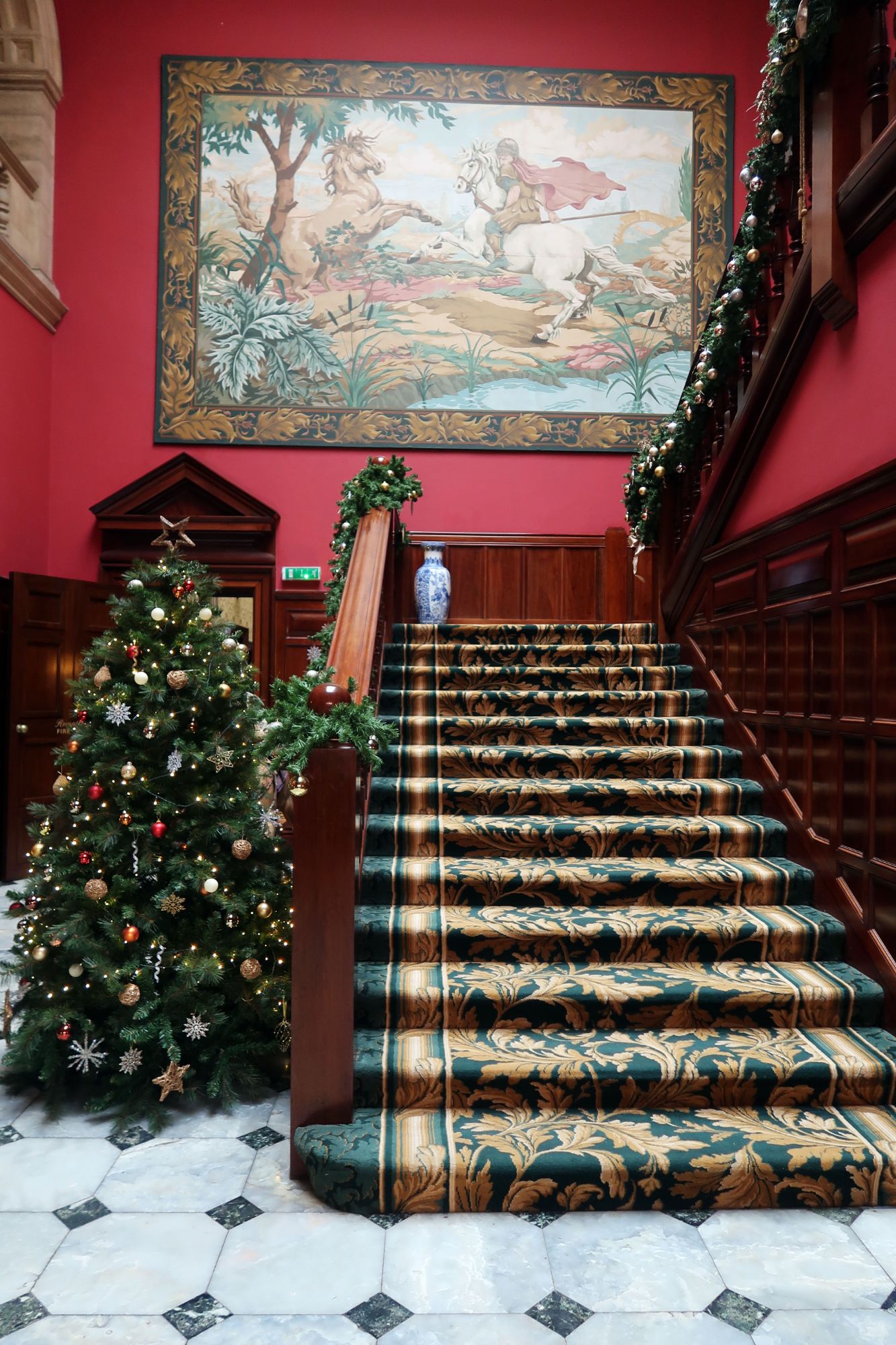 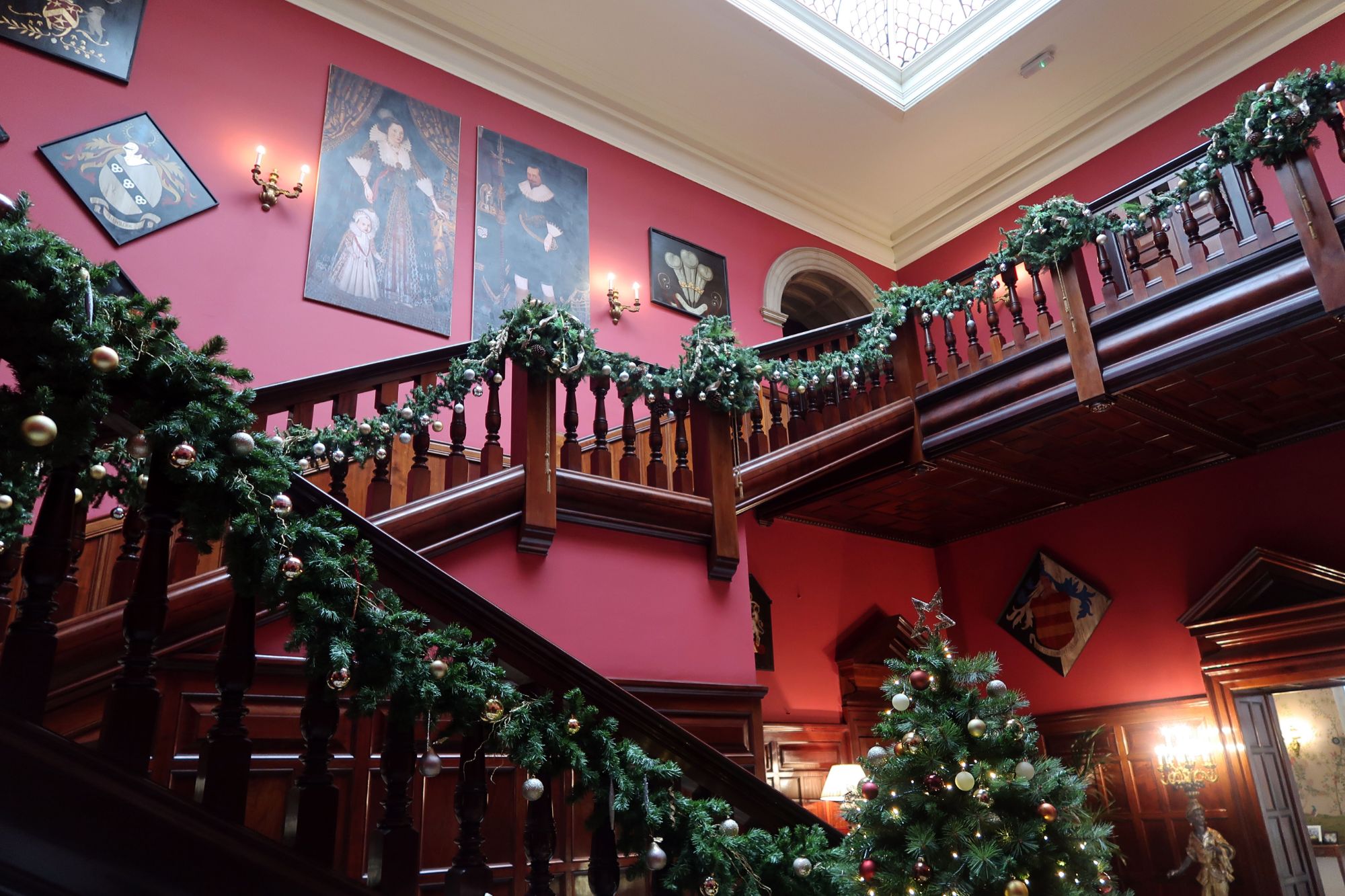 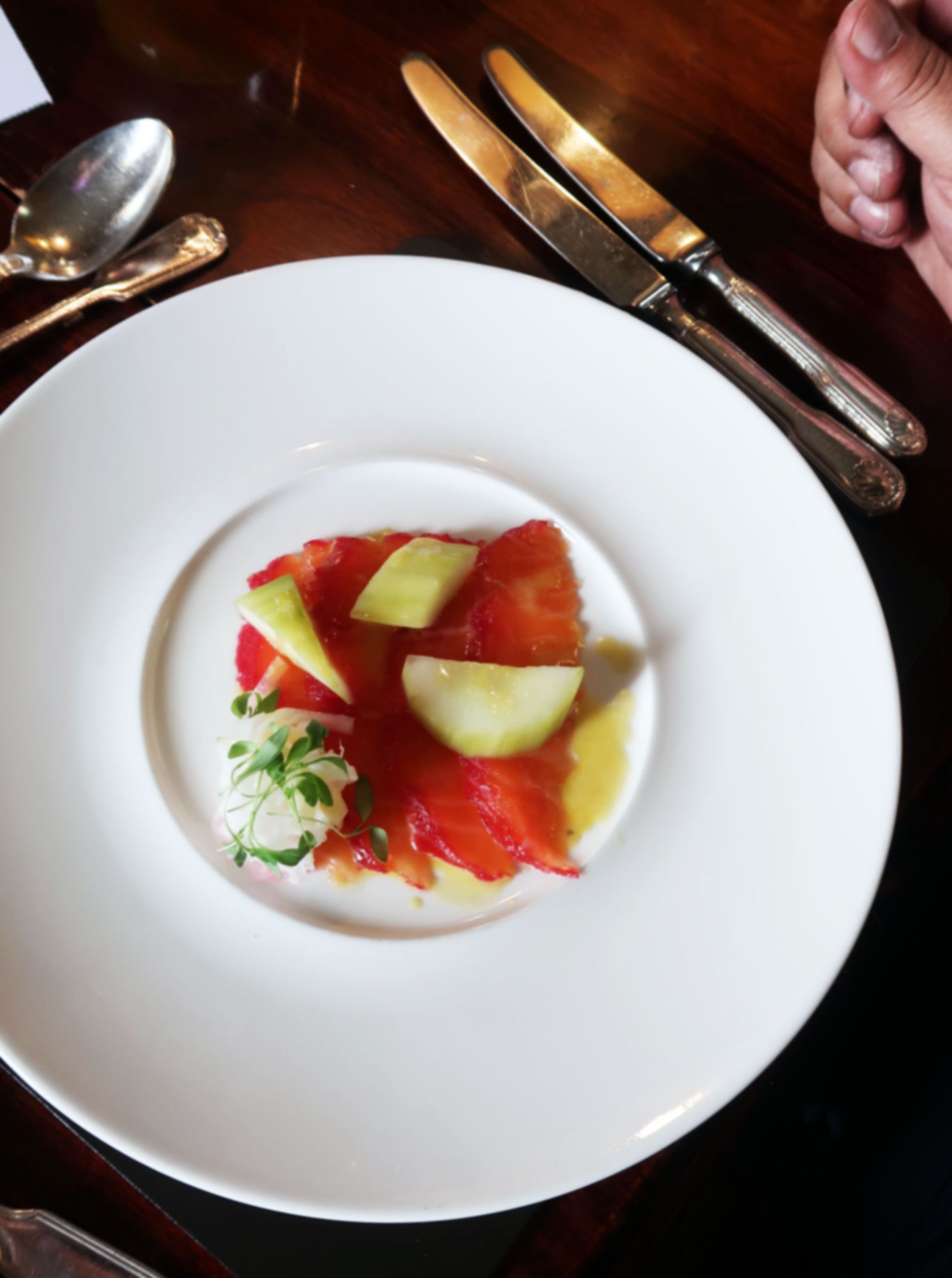 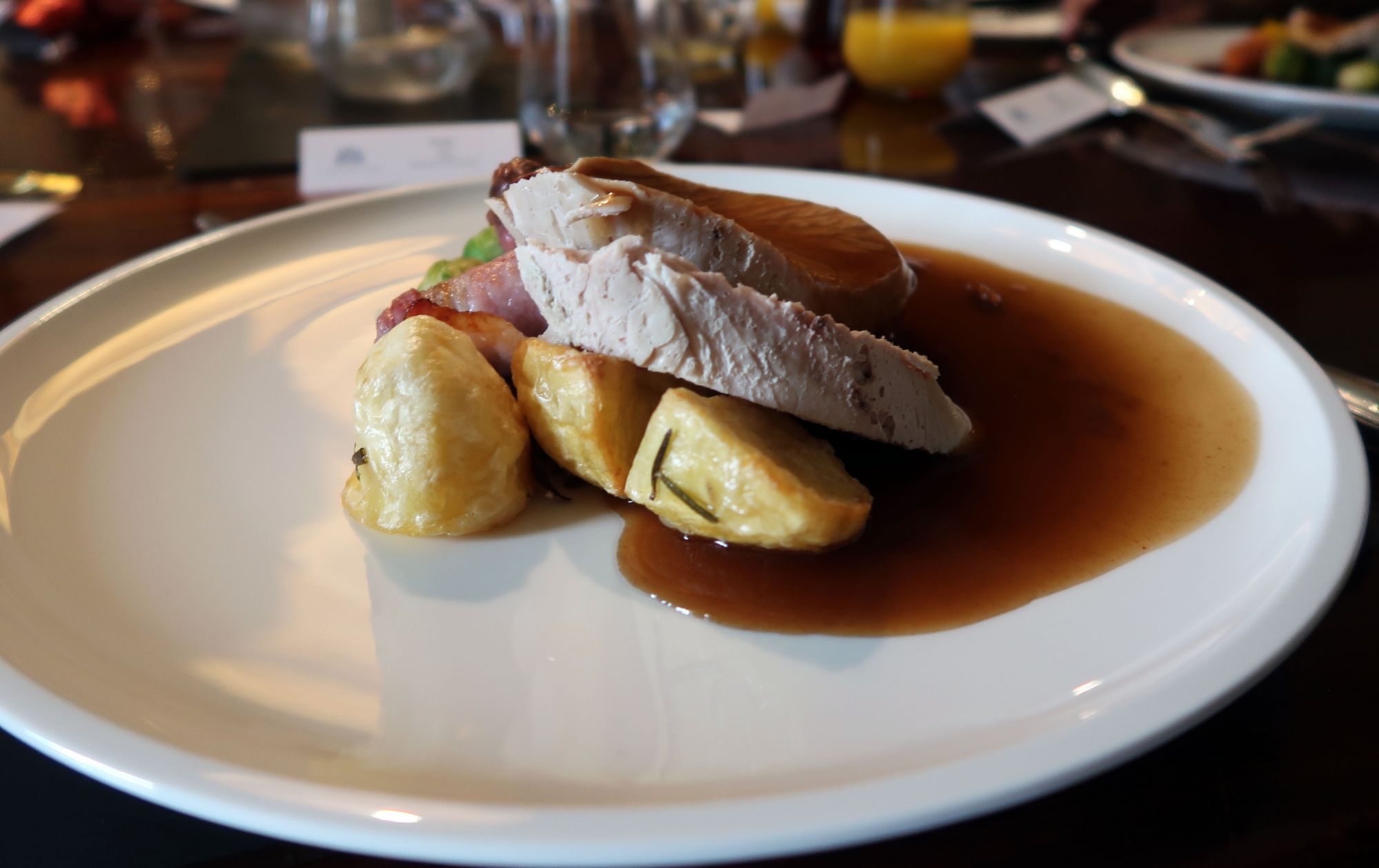 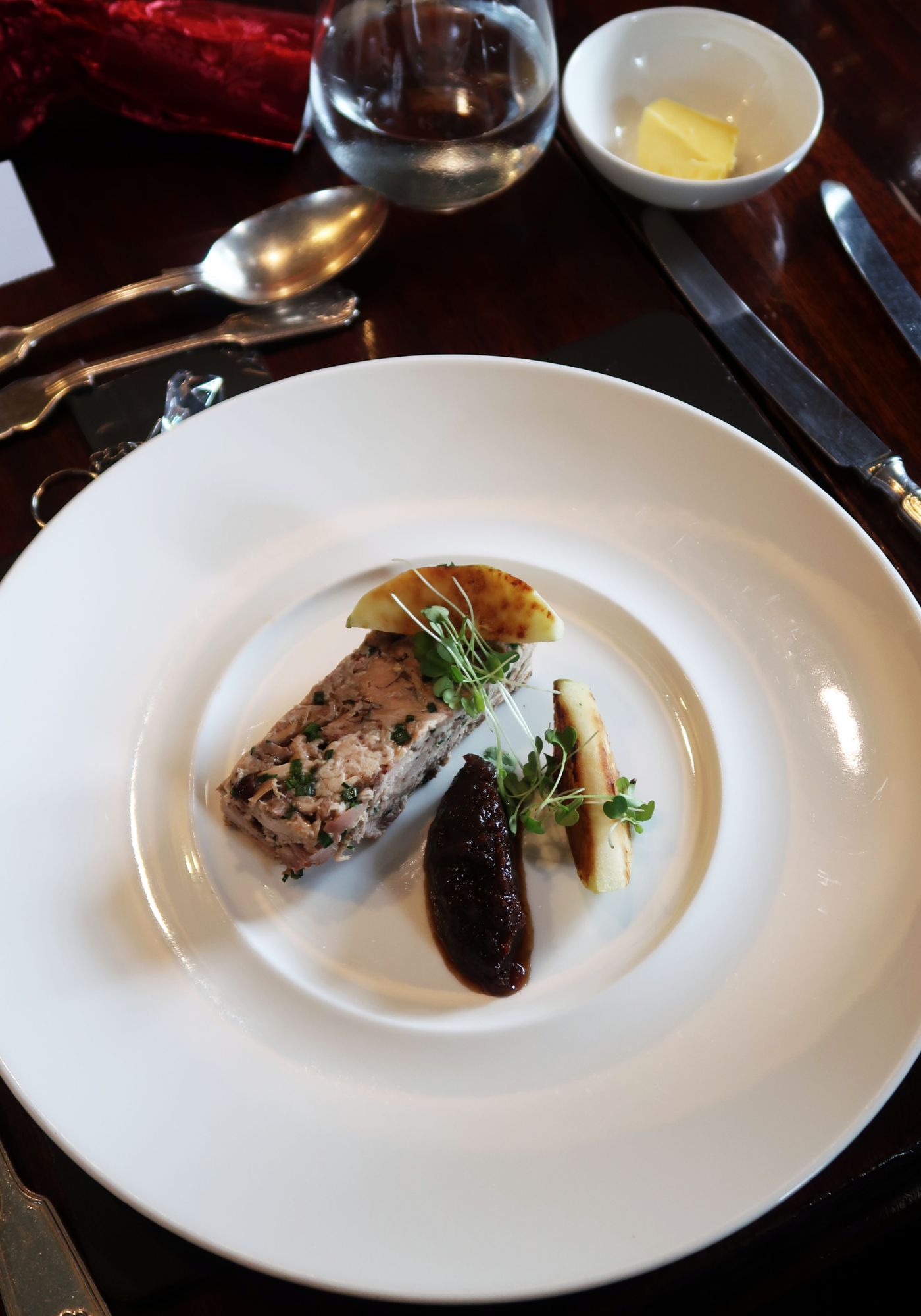 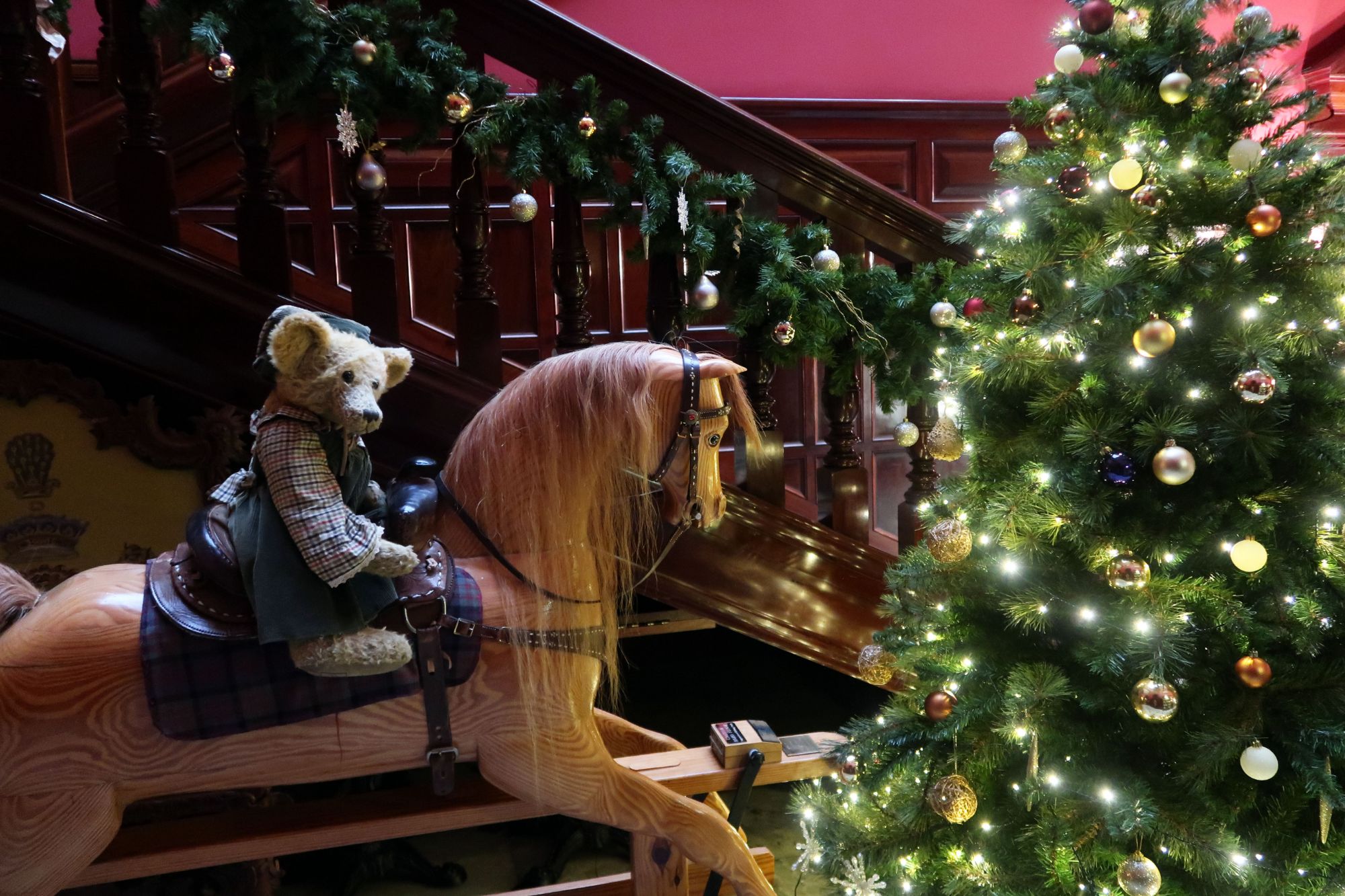 All that's left to say in this Edition is have a wonderful Festive Break and a Happy New Year!